Raghuram Govind Rajan, born in Bhopal on 3rd. September 1963, served as the 23rd. Governor of Reserve Bank of India and currently working as a professor at Chicago Booth School. Rajan in his tenure of three years as governor of RBI from 3rd September 2013 to 4th September 2016 is famously known to strengthen the bleeding rupee, and lower the inflation rate from double digit to single digit (around 6). Prior to this, Mr. Rajan also worked as the chief economist of IMF, and he also received the prestigious “Fischer Black Prize”, in 2003 awarded by the American Finance Association. Mr. Rajan is also famous for foreseeing the “Global Financial Crisis” of 2008 in 2005.

During his tenure as RBI governor, Mr. Raghuram Rajan mainly concentrated on two things. The first thing was lowering the inflation rate and increasing the growth rate, however he always stated that ‘a steady decline in the inflation rate and increase in growth rate would benefit an economy in long run rather than a sharp decline in inflation rate.’ And he took measures accordingly. The second thing was cleaning up the books of public sector banks as he believed the growth of Indian economy majorly relies on its banking system. In this article, we shall see Mr. Rajan’s views on why is it necessary and how is it possible to clean the books of public banks which are under stress.

The stress in Public sectors banks is leading to a slowdown in credit growth, making the Industries, MSME’s feel the tightness. If we look at different parameters, the non-food credit growth for Public Sector Bank(PSB) is 10%, whereas private sector banks are at 25%. In MSME sector the credit growth of PSB is 0% where as for private banks it is at 20%. It’s not that PSB has stopped lending completely. If we look at the other side, in personal loan and housing loan segment, PSB credit growth is far greater that of Private sector Banks. So, it is that PSB’s are being stressed with certain sectors like Infra, Steel, Power etc. 70% of the Banking sector assets belong to Public sector banks and it is highly important to clean the books of the PSB’s so that their credit growth increases and in turn industries, MSME’s could enjoy the credit and help in building the economy. The reason that Private Banks are good is that they constantly evaluated the projects, assets and added collaterals as and when required.

It all started around 2006 – 2008, when the growth rate of Indian economy is good and markets are better. Government policies and approvals are in favour of Industries, which lead the promoters of industries to take credit from the banks and finish the projects in due time. This scenario of good times made the banks willing to take the risk of crediting more amount (sometimes optimism leads to higher risk taking) to the promoters without a proper due diligence of the assets. In 2008, during the global financial crisis we came to know how much Indian economy relates to world markets and the repercussion are felt in India. Due to the economic slowdown and other factors there is a stagnation/slowdown in the completion of projects, repayment of debts and eventually increase in the Non-Performing Assets(NPA’s). However, banks thought an increase in credit growth to the same promoters would make the amount of NPA lower, which is not a best practice and eventually led them to reduce the credit in certain stressed sectors.

Mr. Rajan was the first to identify the problem of NPA’s and hence called for Asset Quality Review(AQR) for all the PSB, started in October 2015, and asked all the PSB’s to disclose the NPA’s and their promoters. Once the top 20 PSB’s disclosed the NPA’s everyone is under shock as it is a huge amount of 8.54 lakh crores, highest being the Indian Overseas Bank with a share of 23%.

Mr. Rajan, the then RBI governor has suggested the banks that they must look deep into the NPA’s rather than looking at figures. He suggested them to consider the project if it is economically viable and helpful for the growth of the economy. If it is viable, the banks can lend the money even if the promoter is in list of past NPA. If the project is either not available or taking too much time to finish, it is better to not lend the promoter anymore. Also, he suggested to verify whether the defaulter was in a position of not repaying the debt, if so, certain percent of the debt amount should be written off or if it is found that the promoter is wilful defaulter, a legal action must be taken accordingly.

Mr. Rajan also stated that the RBI would help the banks to find the percentage of NPA but it is responsibility of the banks to recover the loan amount. Also, the government must help the banks by pumping some cash in and making the judicial procedures quick and in favour of banks. Under his tenure, RBI also made a database of NPA’s and its promoters so that each bank would know about the promoter if he/she has any NPA in any other bank, in order to help the banks for any future decisions.

The problem of NPA in PSB is no smaller than a financial crisis. Had Mr Rajan not recognised or handled the situation properly, NPA’s might have hindered the economy or led to an improper internal organisational structure in PSB’s, causing greater problems to the economy at later stage. Thanks to Mr. Rajan, that he noticed the problem before it was too late and made required actions to handle the problem. Down the line he ended his tenure in 2016, yet still the problem of NPA’s is being heard from one or other PSBs and necessary corrective actions are being taken. Indian PSB’s as of now are in a stage to handle these problems and let us hope that the PSB’s clean their books sooner so that they could increase their credit growth to industries and  MSME’s, which are helpful in improving the Indian Economy.

A Month of Memories

My First Month at SSBF

Take a cup of New Campus Fear, add to it one teaspoon…

A journey that gives you a taste of every emotion, is a…

Blockchain technology was introduced in the year 2008. Ever since, it has… 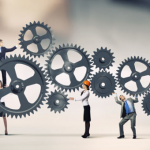 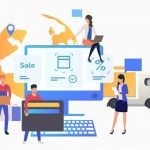 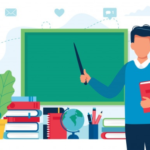 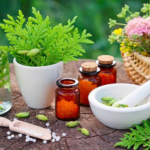 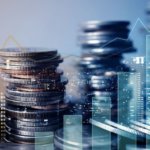