Block chain is a combination of technologies that have existed for a long time. They give us an amazing new platform on which we can start to build solutions. Block chains are often referred to as digital “decentralized ledgers”. Block chain also gives us an incredible technology called “smart contacts” which allow us to programmatically define the rules and steps that should be performed any time a certain type of event is recorded in the block chain.

Each block is chained or tied to the previous block by embedding the block with information from the previous block. If the data is tampered anywhere in the chain, the links will break in a very obvious way. This provides immutability and security.

The first block chain component that we’re going to look at it’s the ledger. Block chain is the very first implementation of “triple” entry accounting, where we have an asset being recorded on the ledger in the context of a transaction. The third entry accounting is “cryptography”, where we have a cryptographic account of the transaction stored permanently and immutability on the ledger. A ledger is a “collection of transactions”. Assets are part of a transaction, but the ledger records the transaction. In block chain, the differentiator is that no one owns the ledger or all of the participants own the ledger. The ledger is distributed, in other words its decentralized. So there’s a copy of the ledger that exists on every node that exists on the network. The ledger is a distributed immutable record of a collection of transactions.”BITCOIN” is the most popular asset and the first one. The code that’s stored on block-chain is called “smart contract”. Smart contract is a program that runs on block-chain, where block chain is a “network”. A public block-chain is equivalent to the internet, complete with its own set of protocols. Private block-chains are more synonymous with an intranet. On each of these networks there are nodes. The nodes are going to be synonymous with the computers that make up the network. Each block-chain has its own set of protocols that defines not only the nodes but how those nodes communicate with each other.

BLOCKCHAIN USES:
[a]BUSINESS TO CONSUMER (B2C):
A business to consumer is a business or transactions conducted directly between a company and consumers who are the end-users of its products or services.

[b]BUSINESS TO BUSINESS (B2B):
Some industries which are using or looking at block chain seriously:
(1)FINANCE
(2)INTERNATIONAL TRADE AND COMMERCE.
(3)SUPPLY CHAIN
(4)VERIFICATION OF OWNERSHIP.

Block chain is the next big thing over the coming years where it has the power to change the currency dealing transactions among various countries and can bring a positive impact on the economy.

We Are All In This Together

Blockchain technology was introduced in the year 2008. Ever since, it has…

Technology, these days, has an influence on everything we do – right from shopping… 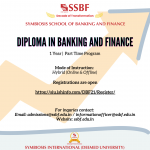