Evolution has done much more to our planet than we will ever appreciate. It’s also the same force, I feel, that has ignited human race’s insatiable yearning to quench the thirst of betterment and progress. Civilization existed but the societies weren’t as civilized as the ones today. I could go on writing about how evolution has helped up and could blabber around the clock on how the world has improved but to just go on with that would be a blatant oversimplification. Time changed ushering in the new wave of modernism post the 2nd world war, we made peace with all the changes, and the one carrot at end of the stick was the idea of free world that inspired the world as whole to trudge along these new-found changes, but it’ll be expedient if we just ignore the isolated side that grew on to be one of the biggest issues of our time. Hid in the silhouette of free world idea and democracy was this wave of ultra-nationalists that was brewing red hot. Little did we know, after so many years of work and struggle to achieve this globalized integration, that we were actually running in the same trap. We moved forward from the narcissist dictators crazed with Nazi ideas to the xenophobes and neo-Nazis of our times.

This very feeling of nations and taking pride in being a citizen of a country seriously eludes me, where’s the common sense why take pride in something that has happened by accident of birth. At most ultra-nationalism is like loyalty to a real estate. To quote George Carlin “I could never understand ethnic or national pride. Because pride should be reserved for something you achieve or attain on your own, not something that happens by accident of birth. Being Irish isn’t a skill, its f*&$ing genetic accident.” You wouldn’t say I’m proud to be 5’9’, or that I’m proud to have a predisposition for colon cancer. So why should one take pride in being Italian, German, Indian or American?

We are yet again standing at the brink of another revolution, something that would propel us into the future, the kind we’ve been reckoned with from when we were kids and still this plague of a problem keeps us reminding time and again about the malignancy of this problem. I don’t mean to point at a country, in particular, it’s as general as it can get and is universally applicable. Just look around and you’ll find at least a dozen these so-called neo-Nazi on a bad day. The world presently is on an edge of an impending disaster, a wrong move could trigger irreversible changes which would prove pretty expensive to us. It’s not just about being ultra nationalist rather it’s the ideology behind it that scares me the most, and the complex issues that it can trigger are wide vile in range. A pinch of common sense is what we need to get out of this

politically motivated propaganda, which would further pave the path for a utopian society we’ve always dreamt of. Being iconoclast doesn’t always work, being acquiescent doesn’t work either. Utopia lies there in-between.

This is the Best Part of my Life

“Vasudhaiva Kutumbakam” means the world is one family. They say that everyone…

The Union Budget 2018-19 is purportedly a budget for Bharat. Not only… 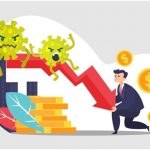